Embedded in the gentle hills near the town Rust and just a few kilometers from the famous Lake Neusiedl the Familypark offers numerous attractions for all ages in a park area of more than 145.000 m². Tomcat Filippo – the park mascot – invites visitors to an exciting journey full of fun and action in four different theme worlds – the Experience Castle (Erlebnisburg), the Fair Tale Forest (Märchenwald), the Farm (Bauernhof) and Adventure Island (Abenteuerinsel).

In addition to its 30 ride attractions the Familypark offers an abundance of other adventures like experience zones, water games, music theatres and playgrounds to explore.

Also beside of the numerous attractions the Familypark has plenty to offer. The whole park area is permeated by idyllic park landscapes that enrich every visit of the park with colourful flowerbeds, tiny creeks and fanciful tree cuts.

The Familypark is more than just a simple entertainment park with different attractions. You completely immerge into a whole world of fun and adventure, designed to the very detail in a fanciful and creative way. The Familypark is the ideal day-tour destination near the Lake Neusiedl where young and old will have a truly magnificent time. 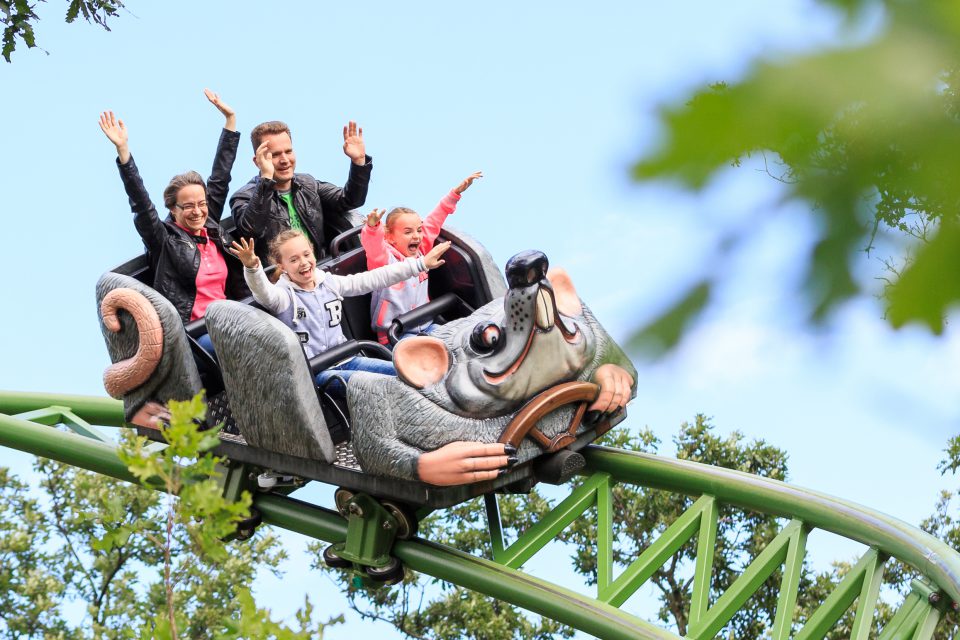 As Austria’s biggest theme park, we have made it our goal to ensure that our visitors experience the perfect day out.

Following the motto “fun for the whole family”, we strive to offer our guests of all ages a wide range of experiences and attractions.  Those entering our park should feel like they are leaving the hum and drum of everyday life behind them; a place they can de-stress and forget about their cares as they  immerse themselves into the family  park’s care-free fantasy world.

At our family theme park we wanted to extend the theme park concept to all areas, be it park rides or food and drink outlets. We invest in new attractions and rides on an annual basis and we are constantly extending the and improving the park grounds in order to make our family park experience even more attractive and impressive for our guests. The family park is a place of joy and light-heartedness; a place you will enjoying coming back to, time and time again.

Our family theme park’s history started in 1965 with the Vorarlberg-based Müller family’s move to  St. Margarethen in Burgenland.

Here, Erwin Müller, worked as a stone mason in Römersteinbruch.  A life-size sculpture of St Georg was created, one of his firsts sculptures in the park.

At this point in time, fairytale themed parks were popping up all across Europe, where visitors were able to admire the different scenes based on famous fairytales.  Erwin Müller dreamt of opening such a park himself.  In 1966 he began to work on the first fairytale figures and in the same year he opened his first fairytale forest in the village of Schützen am Gebirge, covering a surface area of 1,500 m².

When the lease was not renewed, a suitable alternative had to be found at the park’s current location in St. Margarethen.  From this point onwards, the park continued to be extended and in 1970, an animal park was opened with goats, ponies, donkeys and other small animals.

Erwin Müller went into retirement in 1984.  His son, Mario Müller assumed the park’s management and continues to run it until 2019, together with his wife, Mrs Ulrike Müller.

From this point in time, further investment was made in the park, its infrastructure was developed further, the animal park and food and drink provisions were increased and the fairytale forest in the fairytale park and zoo were renamed.  In the animal park, wild boar and Alpine ibex could now be found alongside exotic animals like monkeys, wallabies and llamas. 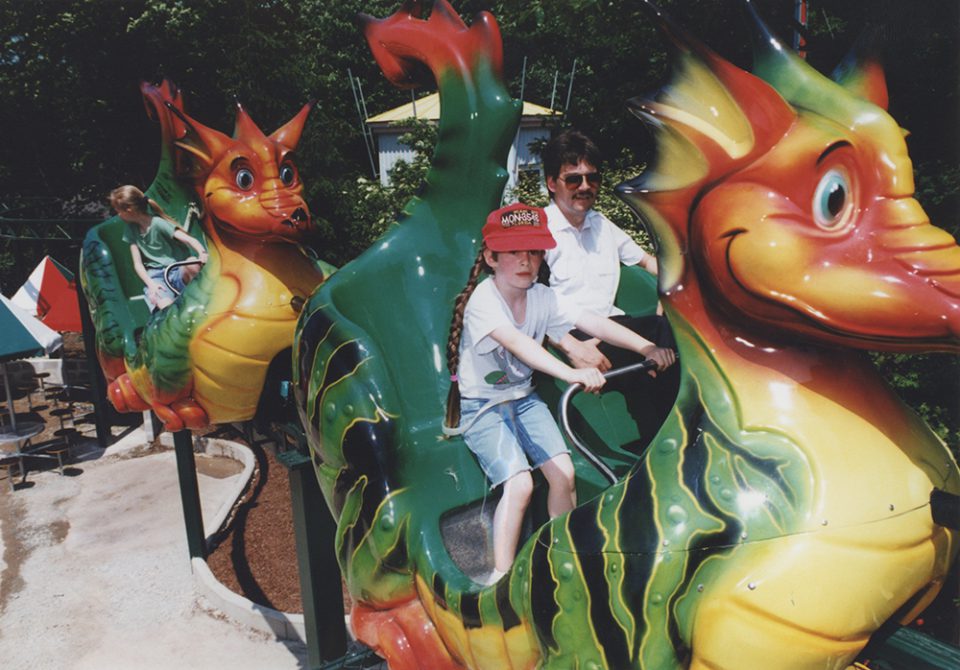 The first fairground rides were installed at the start of the 90s.  The balloon carousel ride, the lorry convoy and nautical jet rides were put into operation.  There was even a cable car ride, which ran through the fairytale park.  New attractions continued to be added each year from this point onwards.

A show tent put on performances from international artistes.  Audiences were enthralled by the dogs featured in Ponsa’s Poodle Company as well as Clown Daly and Viva’s soap bubbles and acrobatics.  In 1999, the park was renamed Märchenpark Neusiedlersee.

A new theme world, “Filippo’s Adventure Island” opened in June 2004 and, at a stroke, the park expanded by a further 20 000 m² and present a new Mediterranean environment with numerous new adventures.

In 2008 the amusement park celebrated its 40th anniversary. To mark the occasion, the Götterblitz roller coaster and the Roman Tower merry-go-round were presented to visitors. 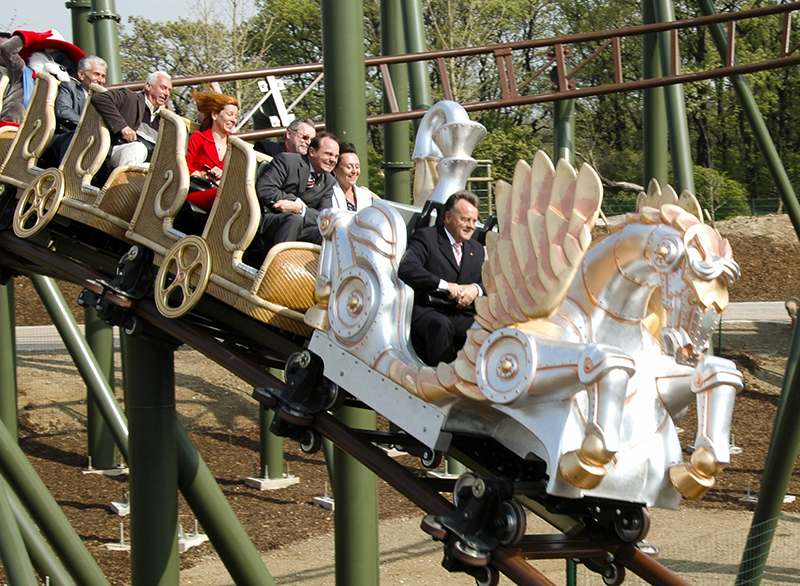 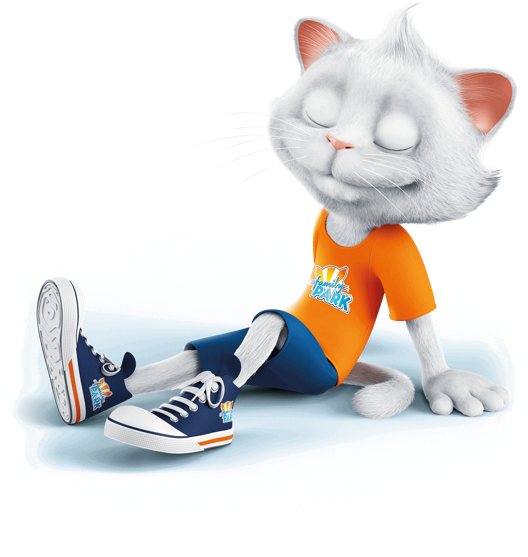 The Familypark enterprise has become a leading company in Burgenland and, in terms of area and number of attractions, the largest amusement park in Austria welcoming over 700.000 visitors every season.

Awards such as the 2013 Burgenland Innovation prize and the “2014 Manager of the Year” title to  Ulrike Müller, the Familypark director, confirm our actions in aligning the park in consistentcy with the needs and wishes of our guests. The coming years will also see further expansion of the Familypark in order that we may be able to offer our guests many more exciting and varied attractions.

In 2019 the family Müller decided to withdraw into private life and sell the Familypark. The new owner is the French group Compagnie des Alpes. Numerous other European amusement parks and ski resorts (Tigne, Val d’lsére, Meribel, ..) are owned by the CDA.

The eerily beautiful spooky spectacle is back! From 21.10. – 1.11.2022 you can get to know the creepy side of Familypark. You will find out what awaits you
here 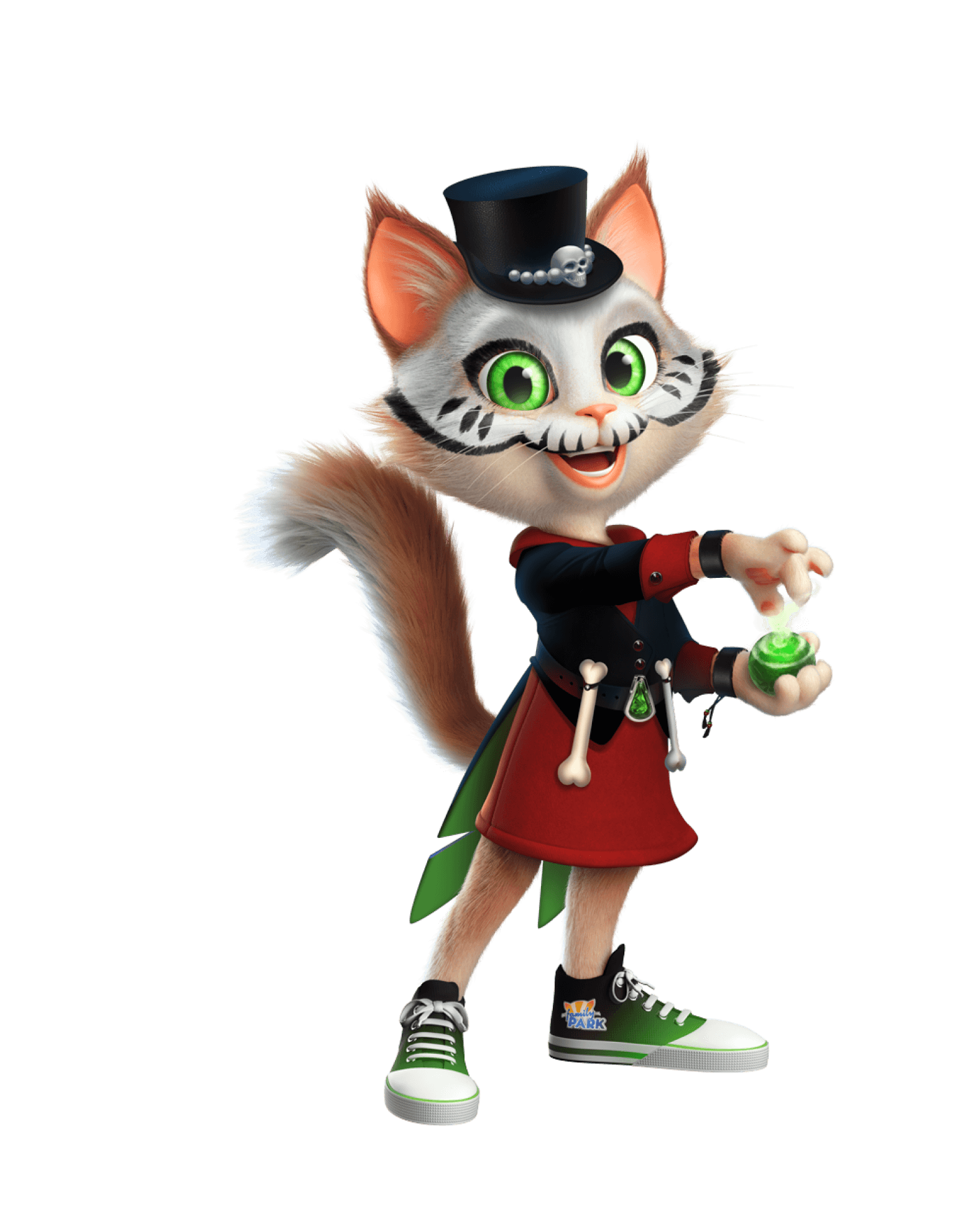